Another annual event that we’re looking forward to each fall is BugFest. It is organized by the Science Museum, and it clearly deserves being called a “Fest”. Live Bugs, Dead Bugs, Small Bugs, Big Bugs, Bug Movies, Bug Crafts, Bug Races, Bug Art: It is BugFest. To point out my personal favorites:

Visit the BugFest website for detailed directions, or just head out to the museum and the Plaza and enjoy what you find.

Saturday is Engineers Day at the Museum of Life and Science in Durham. Some of the programs are geared towards kids 10+, but the many engineering-related exhibits are suitable for all ages. Plus, if interests for engineering should wane, there is always plenty more to explore at this marvelous museum, like the butterfly house or the cool outdoors playground. 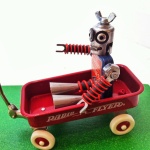 Wake Robotics is a non-profit that aims to bring robotics to Wake county kids. They have many camps and semester long  programs, among them FLL and First Robotics teams.

They are hosting an outreach event this Saturday at Eva Perry library in Cary from 1p-2p. This is for kids from Kindergarten through 5th grade, and registration is required at 919-387-2100.

Photo by Nate Swart, used under the CC BY-NC-ND license. 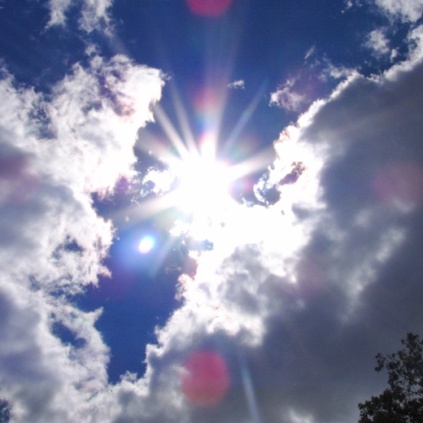 Sign up today for these two family program today since pre-registration is required.

Many parks have free or cheap activity program, and I just picked two examples: Crowder Park is looking up to the sun, and forward to harnessing solar power on Sunday from 2p-3p. $5 for the entire family.

On the opposite side of Raleigh, Blue Jay Point is focusing on water and all the nice little creatures that live in it. This is on Saturday from 10-11.

Photo is by Rhys Asplundh

The great thing about Maker Faire is that is bring together a wide, wide range of creative expression. Here three shots that try to capture that diversity. 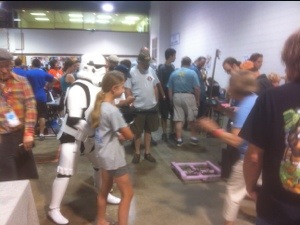 Here some first impressions from Maker Faire NC.
Open today until 6pm – much more stuff than last year, so come on out! 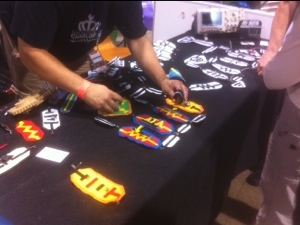 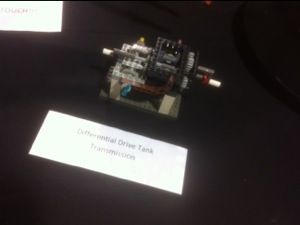 “To make” is probably one of the broadest terms in language, but Maker Faire does it all justice. Make your own combat robot? Crochet your own superhero mask? Build your own bass guitar? Fly to Outer Space, launching from the NC Fairgrounds? All that and more can be seen at the Maker Faire.
MakerFaire is a mashup of robotics, hacking, crafts, knitters, steampunks and Stormtroopers. And my kids. you wonder? There are many kids in attendance, and a good number of exhibits are suitable for little ones. They may not yet appreciate the intricacies of a steampunk trebuchet, but they will like the Chaos machine (a marble run that is larger than their room), the combat robots, and much more.

The “Around Town” exhibit at Marbles has been closed for a few weeks because it was being updated and remodeled. (“Around Town” is the large exhibit when you come in, with the bus, the grocery store, the ambulance, the stage, and of course the train table.)

Most things are reportedly still there, and a new farm-themed topic has been added, to introduce kids to NC livestock and crops. I’m glad to see that the new train table is actually bigger, I was a bit worried it would have to make place for something else. (“Don’t mess with Thomess!”) I think we were actually there the last day that it was open, and it would only be appropriate to go back on the first day it re-opens.

Beyond the new exhibits, I also spotted a beautiful new mural by Denise Hughes, which is in my eyes one of the nicest aspects of Marbles. (I also like her recent work in the recently opened toddler room.)

Marbles is dressing up in red, white and blue on Memorial Day, and creating a splash. Topics will include rocket science, fireworks painting, and a “Star-Spangled Dance Party”. Marbles is open from 9-5 on Monday.

Holly Springs is serious about its turtles, and celebrates the annual TurtleFest. Crafts, Hayrides, Live Music, and, of course, turtles.
TurtleFest takes place at Bass Lake Park, a scenic place to hang out, or walk along the lake. If you want a change of scenery this weekend, Bass Lake is only 30 minutes from downtown Raleigh, down Lake Wheeler Road.

Get the weekly email

Daddy Weekly appears every week on Friday as a newsletter.
View past issues
Subscribe to our newsletter